Historically, the woodwind section was formed around the soprano of the double-reed family, but the oboe has an even more ostentatious pride of place.

In this film, Timothy Rundle introduces his instrument - the oboe.

The Principal Oboe Chair is endowed in memory of Elizabeth Aitken.

The oboe and its larger relative, the cor anglais both produce a beautiful, sweet, haunting sound. When used as solo instruments the sound is sometimes described as a ‘pastoral’ sound. This is because they are descended from the type of reed instruments that have been used in folk music and by shepherds the world over for thousands of years. Modern oboes blend superbly with all instruments of the orchestra and can also be surprisingly agile.

The Oboe and the Cor Anglais (or English Horn) are wooden conical bore, double reed instruments. Other types of oboe include the Oboe d’Amore and the Hecklephone. Oboes have been used in orchestras for about 400 years and are among the most established instruments of the orchestra.

The oboe is slightly lower in pitch than the flute and so occupies the alto register in the woodwind section. The cor anglais is a larger relative of the oboe, lower in pitch and is often featured for its more resonant, melancholy tone. 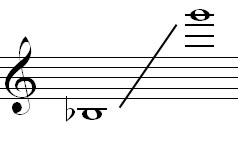 There are four types of oboe: baroque, classical, Viennese and modern. Each instrument has a different tonality and/or range.

More about the oboe

Meet Tom Blomfield, Principal Oboe of the Philharmonia, to learn more about what it’s like to be an oboist and to discover the fascinating story behind the Strauss Oboe Concerto.
Video

The Orchestral Woodwind Section: An Introduction

The woodwind section is one of the most sonically diverse sections of the orchestra. Find out all of their secrets in this film.