In this film, Keith Bragg introduces his instrument – the piccolo.

In this film, Keith Bragg introduces his instrument - the piccolo. 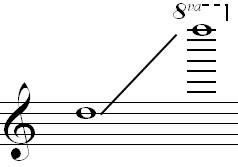 The piccolo is particularly popular in military music. One of its greatest moments is its famous solo in The Stars and Stripes Forever!