If you’ve only ever heard one piece of music by Mahler, it’s most likely to be the ‘Adagietto’, the slow movement of his fifth symphony.

But there’s a lot more to it than that. The conductor Herbert von Karajan once said that in Mahler’s Fifth “you forget that time has passed. A great performance of the Fifth is a transforming experience.”

Estonian conductor Paavo Järvi takes the helm for tonight’s journey from the solemn grandeur of the first movement, with its portentous opening trumpet fanfare, to the joyful affirmation of the finale. Acclaimed as a “superb” Mahler interpreter (Bachtrack), Järvi has been a regular collaborator with the Philharmonia for over thirty years.

Scored for strings and harp, the famous Adagietto may have been composed as a love-song for the composer’s wife Alma – she said it was, and even showed an early conductor of the piece a poem he had written her to accompany it, but she was a notoriously unreliable biographer. Love message or not, this gorgeous music has touched the hearts of millions of listeners, whether in the concert hall, in the film Death in Venice or at Robert F. Kennedy’s funeral.

Electrifying young pianist Zhang Zuo is better known as Zee Zee to her friends and many fans around the world. She opens the evening with Liszt’s Second Piano Concerto, full of emotion, virtuosity and passion.

This concert is supported by members of the Mahler Syndicate.

This concert is sponsored by: 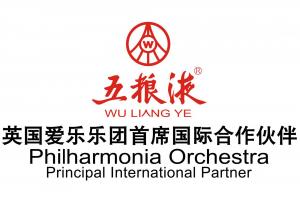