The flute is perhaps the best known member of the woodwind family and flute solos are among the most magical moments in orchestral music.

In this film, Samuel Coles introduces his instrument - the flute.

The Principal Flute Chair is endowed by Norbert and Sabine Reis.

The No. 2 Flute Chair is endowed anonymously.

As well as being capable of extreme virtuosity the flute can create beautiful sustained melodies. It also blends perfectly with all instruments and spends much of its time providing background colour to foreground activity elsewhere in the orchestra.

The flute is the highest pitched instrument of the woodwind section. In Bach’s time, back in the 18th century, recorders were used in the orchestra but gradually the brighter tone and increased power of the ‘transverse flutes’ replaced the recorder. In the 19th century flute technique really took off with the invention of the Bohem System, which is the set of metal keys and pads that cover the surface of the flute and enable far more complicated music to be played than was previously possible.

There are several flutes in common use in the orchestra: the C flute, the piccolo, the alto flute (in G) and sometimes the bass flute. Old flutes were made of wood, but most modern flutes are metal. Piccolos, on the other hand, are mostly made of wood to this day.

The modern, western concert flute is an instrument that has grown in design and stature over the last 200 years. It consists of three metallic sections, the head joint, the body and the foot joint, each of which is important in designating the functionality of the flute as a whole.

The flute’s range covers three octaves. As with most woodwind instruments the range also divides into three different registers. Its lowest note is Middle C on the piano or sometimes the B just below if the player has a longer foot joint. The flute does not transpose – the music sounds as written.

The piccolo transposes by an octave – the music sounds an octave higher than written. 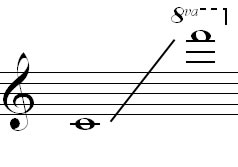 More about the flute

Uncover the history of the French flute

Sam Coles brings the history of the flute to life in the beautiful surroundings of the Théâtre des Champs-Elysèes, Paris.
Video

"It needs to groove"... what happens when you put two of the brightest voices in new music together in a room? Find out, as Claire Chase and Dai Fujikura chat about Fujikura's Flute Concerto

Universe of Sound: Mercury in the flute section

Listen to the flutes in this segment of the Philharmonia Orchestra immersive installation: Universe of Sound